You will have access to all our Event Listings, News Articles and Information Channels. We are also developing features that will enable you to organise articles of interest, build communities and connect to people. 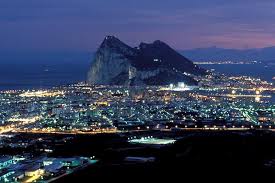 The Port of Gibraltar will be showcasing its bunkering and marine services at the International Bunker Industry Association (IBIA) Regional Forum on 24-27 February.

The forum, which takes place at Gibraltar’s Sunborn Hotel, will include a workshop on bunkering; a session focusing on mega yacht and leisure services; an overview of bunkering in the Mediterranean as well as updates on IMO’s steps to improve fuel quality, IBIA’s port charter initiative, visits to bunkering barges and a reception at the top of the Rock of Gibraltar. Speakers include representatives from Peninsular Petroleum, World Fuel Services, Intertanko, Vopak, Vemaoil and Aegean.

The Gibraltar Straits is a key European bunkering location with Alegerciras, Cueta, Tanger Med and Gibraltar collectively making up the largest supply hub in the Mediterranean.

“Gibraltar is one of Europe’s key bunkering hubs and holding our regional event here gives us an opportunity to show what IBIA is doing to help improve fuel quality, and through our training, help raise standards. We’ve put together an event to both educate and inform on the latest bunkering issues, which mixes the theoretical, practical and of course the social.”

Gibraltar is a signatory to IBIA’s Port Charter scheme designed to improve bunkering standards around the world. Signatories to the IBIA Port Charter are required to demonstrate that they have a licensing scheme for bunker suppliers in their port; that they are able to regulate and enforce their regulations covering bunkering operations; that there are sufficient qualified personnel working in the bunker supply chain and that they have effective testing regimes in place.

Commenting on the forum, CEO and Captain of the Port Commodore Bob Sanguinetti stated: “We are delighted to once again be working with IBIA in this case hosting a conference that will reflect the hard work that Gibraltar Port Authority and our operators put into the bunker industry, as well as reinforcing the prominence and high standards we have in place within the industry.”

Full details of the programme can be viewed at http://ibia.net/event/gibraltar-forum

In December, IBIA announced that it would be embarking on its "biggest ever annual programme of international events" this year.

The 2015 programme includes regional forums, dinners, award ceremonies, training courses and a convention taking place in 11 different cities in Europe, South America, Africa, the Middle East and Asia. The programme contains a mixture of member only and open-to-all events.

“This is our most ambitious programme ever and builds on 25 years of experience. Our aim is to help improve standards across the marine fuels industry and support our members. These events and committees are all part of this drive. We’re running high level and basic training courses to ensure best practice; we’re deeply involved in developing new standards at IMO; we’re holding numerous dinners and social events around the world bringing buyers and sellers of marine fuel together and we are helping the industry get up to speed on the latest issues at our convention and forums.”

“Our annual dinner in London is of course our most popular event. Last year 1127 industry professionals attended our dinner at the Grovesnor House Hotel. We’re looking to break this record in 2015 and will be holding the dinner at the Park Plaza Westminster which can hold even more guests.”